Since I’ve been interacting a lot with the theory group at MSR Redmond (see the UW-MSR Theory Center), I’ve been asked occasionally to propose problems in the geometry of finite metric spaces that might be amenable to probabilistic tools. Here’s a fundamental problem that’s wide open. Let

be the smallest number such that every

with distortion at most

The open problem is to get better bounds. For instance, we only know that

There is evidence that

might be the right order of magnitude.  In the large distortion regime, when

, results of Arora, myself, and Naor show that 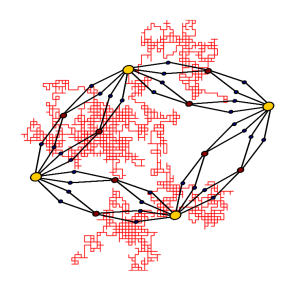